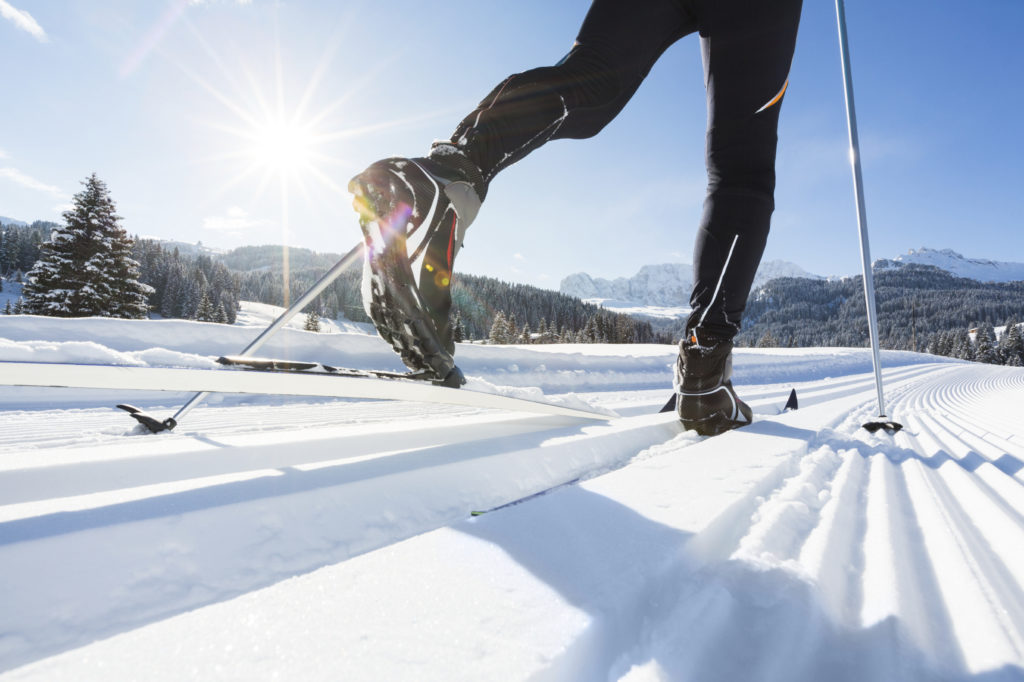 Skiing with ski lifts is not the only possibility! A real challenge is to climb the mountains or run long distances with the skis on our feet.

Ski touring is very popular in the surrounding mountains, we go hiking uphill with skis specially developed for this purpose and then slide back to the starting point. We can also use the ski slopes and hike up on the side or there are several tracks especially for ski touring that are in the intact nature away from the ski resorts and the downhill skiers.

The cross-country skiing is also another way of tracking with our skis on using our own force but rather on tracks that are mostly flat or with a little level difference. Cross-country skiing has a long tradition in the area and many locals do it regularly. The marked cross-country ski tracks run in a marvelous land, through forests and valleys, frozen waterfalls and streams banks.

Panoramaloipe is a 3-km easy track starting in Kals, Promenadenloipe a 6-km long track and Sonnenloipe 3-km route starting nearby.

3 km from the hotel starting in Gagen we find the 6 km long easy ski touring track that goes up to  the altitude of 1350 m, the tour is planned for about 4 hours.

5 different ski touring routes start near Kals, the Schobertörl track is 7 km long of medium difficulty and goes up to 1560 m altitude planned for a 4-hour tour, the Hochschober is similar 8 km track but difficult with a level difference of 1800 meters.

Other tracks can also be found near Lienz and Sillian, we can choose from several paths with different levels of difficulty and length.