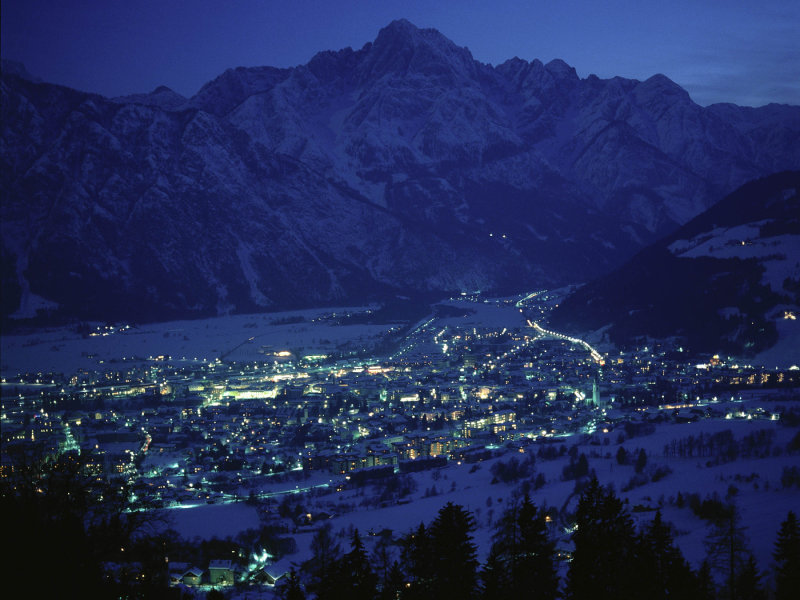 Lienz, this Mediterranean-style town is headquartering of the Lienz region and the capital of East Tyrol. It is one of the sunniest town in Austria at the confluence of the Isel and Drava rivers, lies at the foot of the Hohe Tauern.  The climate is so mild that we can even find palm trees and other southern plants.

Originally a Celtic settlement existed in the Hallstatt era and later the Romans moved in, now it became the seat of the Counts of Görz Tyrol.

The historical monuments are relatively undamaged, even though the city was completely destroyed in World War II. and the houses in the old city center were rebuilt. On the town square, we can find the two domed Lieburg Castle that was built in the 16th century, and which gives place to the offices of the City Council.

About half a kilometer away from the center at the border of Lienz we find the Schloss Bruck castle that was built in the second half of the 13th century.

The Schloss Bruck Castle was originally owned by the Counts of Görz, named after the bridge that crosses the Isel river right under the castle and it currently houses the ethnographic museum.

The most remarkable part of the castle is the chapel, where we can see its Gothic frescoes that are more than 500 years old. The structure of the castle is unchanged since the 16th century.